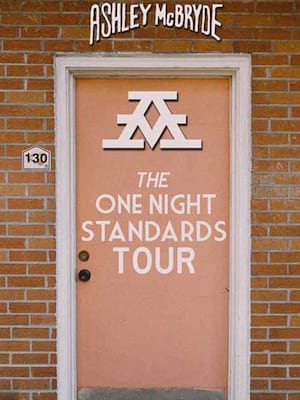 Ashley McBryde heads out on her One Night Standards tour!

Fast-rising Country singer, Ashley McBryde, is hitting the road with her One Night Standards tour! Over the past couple of years, McBryde has rapidly grown in fame, and recently was named the New Artist of the Year at the 53rd annual CMA Awards. Make sure you don't miss the country singing sensation when she comes to a town near you.

McBryde found her talent after playing her father's guitar as a teenager. In 2007, she packed up and moved to Nashville, Tennessee to pursue her dreams of becoming a country singer. This led to her winning the Country Music Showdown, two years in a row! In 2011, she self-released her second album and began touring with other artists.

Her EP, Jalopies & Expensive Guitars followed in 2016. Singer Eric Church discovered her sound and invited her onstage to perform with him. In 2017, The New York Times named her single, 'A Little Dive Bar in Dahlonega', as one of the 54 Best Songs of 2017. Along with the Rolling Stone naming it as one of the top 25 Best Country Songs.

Sound good to you? Share this page on social media and let your friends know about Ashley McBryde at VBC Mars Music Hall.